As promised, the Ultimate Cell was installed in one of our vehicles– the manual 2.0-litre Hyundai Elantra. The process was fairly simple and the guys at ANSA Technologies had us up and running in one afternoon. 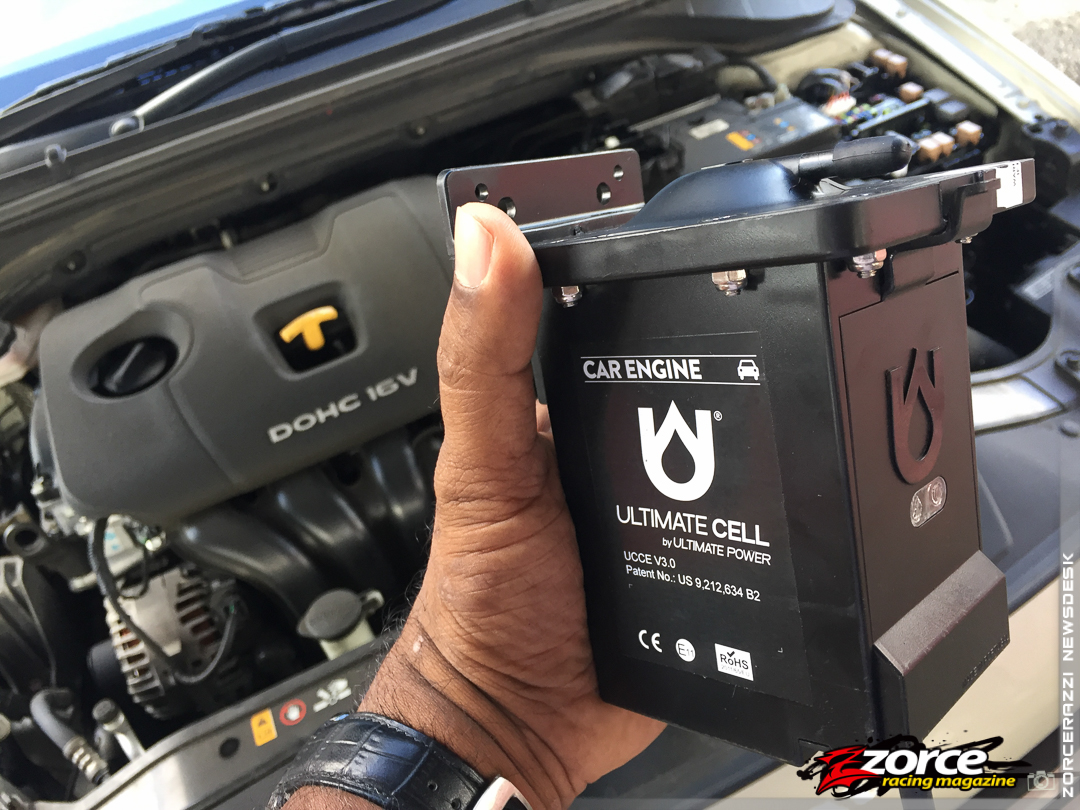 ANSA Technologies is located in San Fernando, Trinidad– a short drive east of Cross Crossing. When we arrived, we parked at the installation area and opened the engine bay to let it cool while we took a tour of the facilities, meeting a few staff members along the way. Everyone was excited about our project since we all wanted to find out what kind of result it would yield on the dyno, and with a manual vehicle such as ours, the effect of the Hydrogen infusion from the Ultimate Cell would theoretically be even more apparent.

The first order of business was to find a suitable mounting point in the engine bay for the Ultimate Cell. The guys at ANSA Tech decided on a spot on the firewall that was close to the battery and the air intake. Before the actual mounting however it was important to test the Ultimate Cell unit to ensure it was working. Filled with a special electrolyte, the cell was ready for operation once the power was connected. 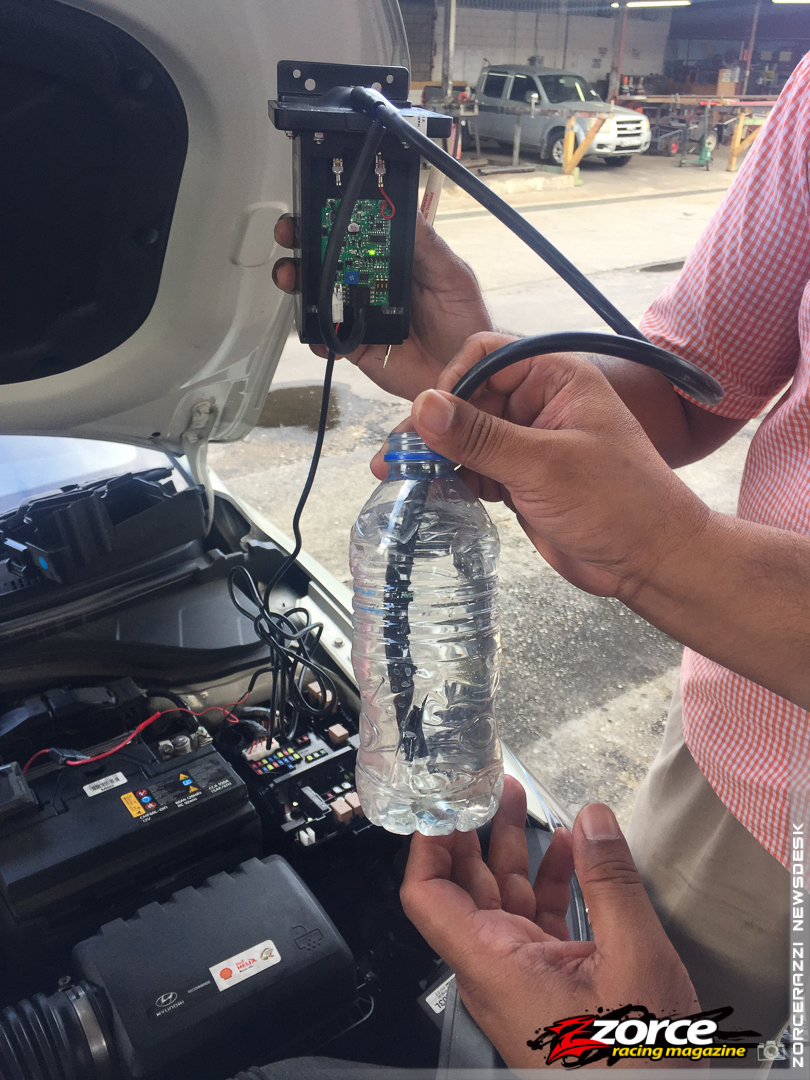 Now that we knew for sure everything worked, it was time to finalise the installation by mounting the Ultimate Cell to the firewall and plumbing the supply line directly into the Elantra’s intake. A few moments later, we were ready to begin our real world testing!

We chose the annual Dyno Day event at Dyno Lab in Williamsville as the perfect showcase to explore what effects the system would have on the car’s power output. ANSA Technologies' Veron Soodeen was also on hand to assist with turning the system on and off (via removal of the power fuse) and to make any further adjustments to the control switches that govern its Hydrogen production.

We completed four dyno pulls and everyone was pleasantly surprised at the Hyundai Elantra 2.0 manual’s baseline power output of [email protected] and [email protected] at the wheels, which was basically in the same territory as the Nissan SR20DE naturally aspirated engine– and this from a basic Korean family sedan. With onlookers' eyebrows raised, we continued runs using a different control setting on the Ultimate Cell in both third and fourth gear.

With the Ultimate Cell, which promised greater fuel economy and cleaner emissions installed, there were no significant measureable engine output losses, except for a slight dip in torque below 2000rpm. The rest of the rev range was basically similar to stock and we achieved a slight increase in power at the top of the rpm band, peaking at [email protected] at the wheels. Torque remained close to stock levels, with a few slight increases in the mid-upper rpm range and a slightly lower torque peak at 4690rpm instead of 4800rpm. Fourth gear pulls were smoother on the graphs, which hinted that the system’s modulation of hydrogen output was a little slow for matching sharper throttle responses, however it worked well enough to meet the engine’s demand as the revs rose.

We contemplated the potential of the Ultimate Cell to restore some measure of fuel economy to tuned vehicles and wonder about its effect on diesel vehicles. In our next upcoming feature we check out how well our project Hyundai Elantra continues to do with fuel economy by real-world range testing with the system on and off, along with the results from a few other vehicles as well. Stay tuned.