The merry month of May brought huge wins last Saturday when two ecstatic ‘Massy League of Champions’ participants won three all expense paid trips to the June 1, 2019 UEFA Champions League Finals in Madrid, Spain, courtesy Nissan. The envy of their mates, these football fanatics will get to see Premier League sides Liverpool and Tottenham face off, who both secured stunning comeback victories in the semifinals. The highly coveted winning prize packages include a dream-come-true, all-expenses paid round trip with airfare, hotel, meals, ground transfers, and matchday tickets. One customer who purchased a Nissan vehicle had the winning entry earning him two tickets. The other lucky participant entered by posting a Facebook or Instagram video of his football skills next to a Nissan and won one ticket to Europe’s legendary elite football club competition, now in its 64th year. (contributed article, adapted by Sabrina Vailloo)

Eleven hopefuls were selected to participate in the Massy League of Champions competition, eight of whom purchased Nissan vehicles, along with the top three social media entrants.

All shooting for the grand prize goal, they competed in a timed challenge.

This consisted of a three-stage display of their best football skills, which creatively featured a number of Nissan vehicles as part of the gameplay.

Quarterfinals kicked off with players dribbling a small football from the starting line over to a Nissan-branded box, then grabbing a Nissan intelligent key housed within.

They then dribbled the ball with key in hand towards the back of a Nissan X-Trail.

To complete the challenge, players then opened the driver side door using the intelligent key, put on their seatbelt, drove out, completed a three-point turn, then reversed the X-Trail using the Around View Monitor feature into a parking box made of up safety cones.

Hitting cones with the vehicle earned players a five-second penalty.

The four fastest times from the vehicle purchase entrants moved forward to the semifinals.

The three social media participants competed in all rounds and their cumulative times determined a winner.

In the semifinals, players were challenged to kick the ball into the passenger side of the Nissan Qashqai.

Once it successfully remained in the vehicle, they then closed the passenger side door, and ran over entering the vehicle on the driver side, putting on their seatbelt and starting the engine using the push to start button.

Players got noticeably excited for the next drill where they weaved the Qashqai through a slalom-cone course, engaging the traction control system on the vehicle, if they drove quickly enough.

The course ended at the finish box and also required the use of the Around View Monitor to ensure that the vehicle was fully within the cone-box, leaving cones untouched.

To round off the semifinals, players grabbed the ball from the passenger side and got out the vehicle, kicking the ball into a small goal.

The top two times from the vehicle purchase entrants were selected and all three social media entrants again moved forward.

The final stage tested the players’ football skills of agility and ball control, dribbling through a slalom-cone course, and then positioning the ball on the launch mat for the last stand.

Summoning their inner shootout hero, each aspiring competitor levelled shots towards the goal— the tray of the Nissan NP300 Frontier— which proved to be a real challenge for some as the ball threatened to rebound out of the tray. 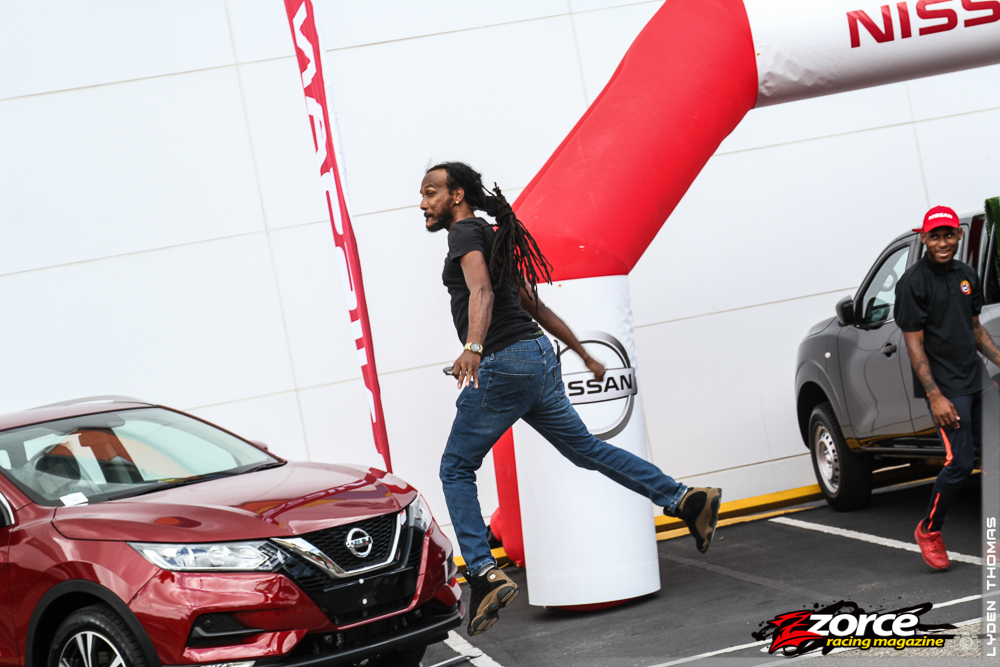 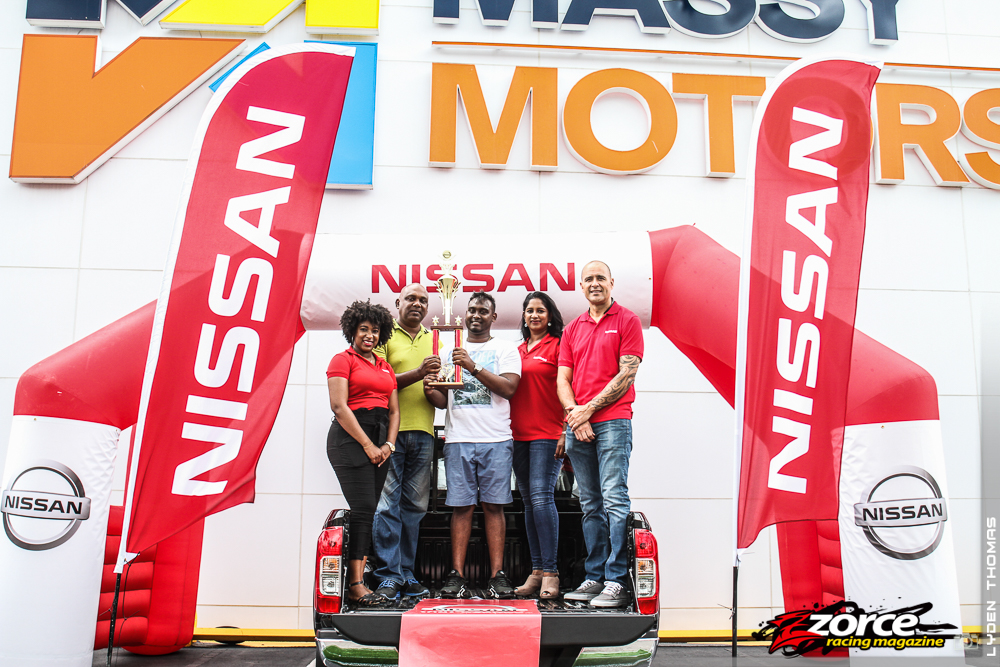 and Luke Hernandez – Winner, Social Media Category are happily on their way to take their seats alongside 63,498 kindred football lovers at the Estadio Metropolitano in the Spanish capital Madrid.

At the opening ceremony, the Trini winners will also get to see performing live Grammy award-winning group Imagine Dragons, who will take to the stage minutes before kick-off.

Did you miss this promotion? Stay tuned to the NissanTT and Massy Motors social media outlets. And if you’re interested in any of these vehicles, feel free to visit any of their showrooms conveniently located in Port of Spain, Morvant, Chaguanas and San Fernando, Trinidad, and Massy Motors in Rockley Vale, Tobago.