The decision of a non-commercial vehicle owner to purchase a pickup or SUV, is usually born out of necessity. In Trinidad & Tobago, potholes and roads in various states of disrepair are commonplace as are unpaved gravel and dirt roads, and pathways. Land owners, developers, farmers and nature seekers regularly traverse these areas where obstacles, undulations, hills and slippery surfaces would render regular cars useless. And as seen in the last week, we have floods, where the height and the engine’s ability to breathe moved to the top of the priority list in terms of passing through flooded areas.

The decision of a non-commercial vehicle owner to purchase a pickup or SUV, is usually born out of necessity.

In the view of the current law, it seems that owners should anticipate all their needs at the time of purchasing such a vehicle, and if the factory doesn’t supply it, they should simply buy a different vehicle or suffer. They should also ignore the fact that there is an entire aftermarket industry dedicated to solving the issues of individual owner needs. It is rumoured that licensing officers have been detaining owners of modified pickups, requesting that they be re-certified for road-worthiness, or in some instances actually issuing tickets. The 4x4 and off-road associations, fraternities and communities have been under scrutiny after helping those under water, just days after the devastating floods hit various parts of Trinidad & Tobago. In our eyes, these actions are herioc and exemplary, they really deserve our thanks instead.

Popular modifications include vehicle lift kits, larger wheels and tyres, off-road tyres, snorkel breathers, engine power enhancers, light bars, aftermarket lights and low-visibility and fog lamps, racks, tray covers, over-fenders, brush bars, winches and more. While there is no denying that many owners also add items that enhance their vehicle’s style to their personal liking, the overwhelming majority of modifications are indeed functional in terms of upgrading the vehicle's capabilities. None of it is rocket science and most modifications can be performed by regular mechanics and off-road vehicle specialists. The one complaint that I have heard of from car owners is the kicking up of pebbles and debris from off-road tyres, resulting in windshield damage– mud flaps and larger fenders could easily solve this one.

Events like these put owners that much closer to knowing exactly what the limits of their vehicles are.

Add to this larger picture the dynamic of competitive off-road events, where at the owner’s expense, their off-road vehicles are tested to and beyond the limit. At these events, competitors vie to see who can make it through various man-made and natural courses, and shorter more specific challenges against the clock. Think about that from a research point of view– a self-regulated test of operator and machine that provides evaluation, excitement, entertainment, and sponsor and spectator value. Events like these put owners that much closer to knowing exactly what the limits of their vehicles are.

...many owners have been involved in voluntary rescue for more than five years.

Many owners of vehicles fitted with many of the aforementioned modifications are facing a serious dichotomy. They have taken it upon themselves to form self-regulated groups via social media and coordinate their efforts to make a difference in areas where there is a real need. This isn’t a new trend either as many owners have been involved in voluntary rescue for more than five years. Flooding has literally been on the rise– coinciding with global sea levels as the polar ice caps melt due to global warming and climate change.

The seeming inevitability of floods in low-lying areas of Trinidad has prompted some on social media to refer to them as “lagoons” only to be hit themselves as waters rush down from the mountains, causing flooding and damage in their areas too. The issue is bigger than internet trolls, political parties, race, and perceived social statuses. Some have even cried out against the posting of rescue and aid-related activity, citing vanity and self-service. Others have praised the efforts of off-roaders, government agencies and other helpers. Those in affected areas see such posts as rays of hope and use the very same social media entries to post their pleas for assistance, which cycles back to those willing to help. Their immediate needs at times like this are real, as are the catastrophic effects of such events on their families’ micro-economies.

...most of the photos posted just show one minute, after hours and in some cases days spent tirelessly rendering assistance. Most of the real stories aren’t retold on social media.

The reality is, most of the photos posted just show one minute, after hours and in some cases days spent tirelessly rendering assistance. Most of the real stories aren’t retold on social media. And it’s even tougher to face the prospect of ticketing just days after a disaster. Even drivers of vehicles fitted with modern factory headlights lights and fog lamps that use newer technologies have been known to face misinterpretation by the authorities.

How can we move toward regularization?

How can we move toward regularization? A team of aftermarket/mechanical specialists with special training at the licensing offices? A registry of emergency volunteers who have special permits that allow such modifications? Could the existing off-road clubs and associations be granted special permission while providing access to their membership? Should we be making it difficult for those who are selflessly and thanklessly risking their lives and their vehicles to rescue others, especially when the government agencies seem to be at or beyond the limits of their capacity? 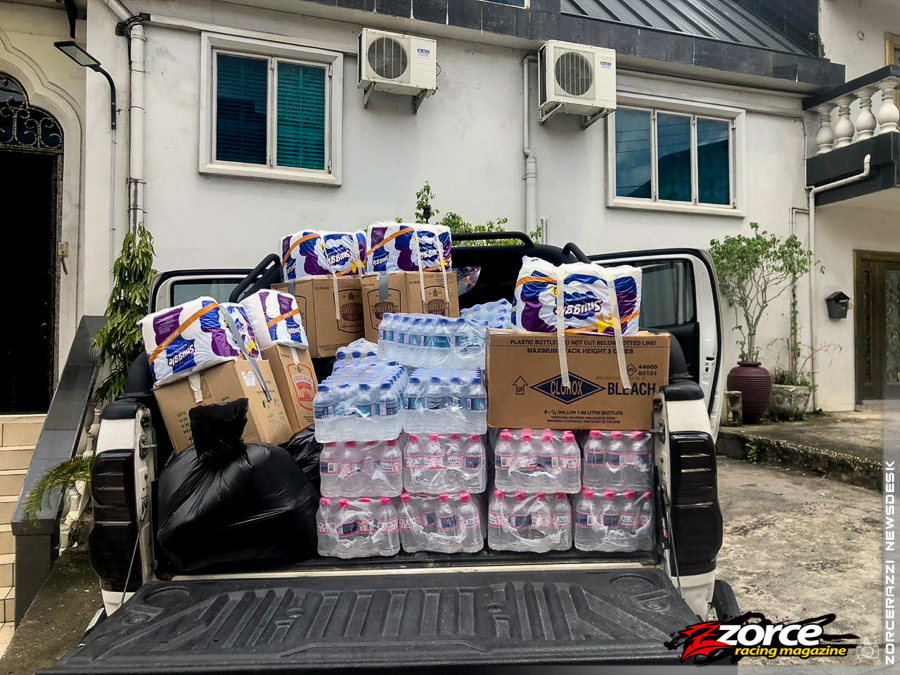 The time has come for restraint and constructive consultation, not draconian thinking. Our laws need updating. It’s time to wash the mud off on both sides of this conversation. The heads of all the off-road associations are ready to work with authorities towards finding a resolution. For everyone's sake we hope that they do.