Porsche continues to push the envelope with its latest iteration of what was once envisioned as a four-door 911 that has now evolved into one of the world’s best luxury sport saloons. An invitation-only event was held at Lifestyle Motors on the 25th of January 2017 as part of a 3-day showing, signaling the beginning of the Panamera’s second chapter in Trinidad & Tobago.

We’re happy to report that all versions of the new second-generation Porsche Panamera will be available for our market including 4S, Hybrid and Turbo models, with the exception of the diesel models at the moment. The new Executive (long-wheelbase) versions of these will also be available via special order for those who prefer to be driven. 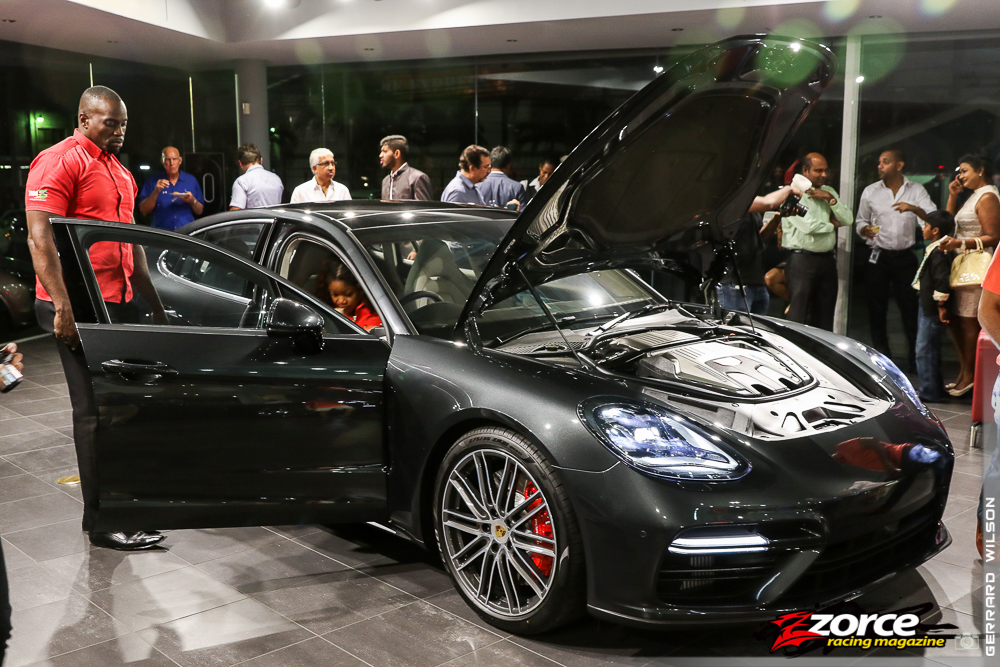 The standard Panamera’s engine output is now up by 20hp to a total of 330hp from its new 2.9-litre single turbo engine. The 4S version adds another turbo for quicker response and more top end punch, taking the total up to 440hp, while the E-Hybrid version goes up slightly to 462hp.

The Turbo version packs a monstrous 550hp/700nM from its bi-turbo 4.0-litre V8, which also features cylinder de-activation to provide power on-demand while returning up to a 30 per cent reduction in fuel consumption when maximum power is not required. The combined fuel consumption is estimated at 25mpg (10.8 –10.6 km/l), which is up to 2.7mpg better than the previous model (according to the New European Driving Cycle or NEDC). The upcoming diesel versions are not currently on offer for Caribbean and Latin American markets (except for Guadeloupe).

The new driving mode selector with Sport Response button has also been added to provide instant access to various driving modes and a temporary maximum burst of power.

The eight-cylinder engine accelerates the Panamera Turbo to 100 km/h in 3.8 seconds; with the Sport Chrono Package the sprint time is just 3.6 seconds. The Porsche can reach a top speed of 306 km/h (190mph). These are impressive figures that illustrate just how easily the engine can propel the Panamera with its power-to-weight ratio of just 3.6 kg/hp.

The large wheel arches provide enough space for the 19-inch (Panamera 4S), 20-inch (Panamera Turbo) and optional 21-inch alloy wheels,  the need for which is easily appreciated with a single glance at the massive standard brakes provided.

Thanks to technologies developed from the world of racing and sports cars, such as rear axle steering, active roll compensation, torque-vectoring and three-chamber air suspension, the Panamera is equally at home on the motorway or on the racetrack. Braking performance has also been improved. A night vision assistant system is also now available which uses a thermal imaging camera.

In combination with the optional LED matrix headlights, any object in the path of the car that is beyond the range of the dipped headlights will be briefly illuminated.

Rear passengers can control air conditioning and infotainment functions using an optional four-zone automatic climate control system, which can also be locked out by the driver to prevent child access. 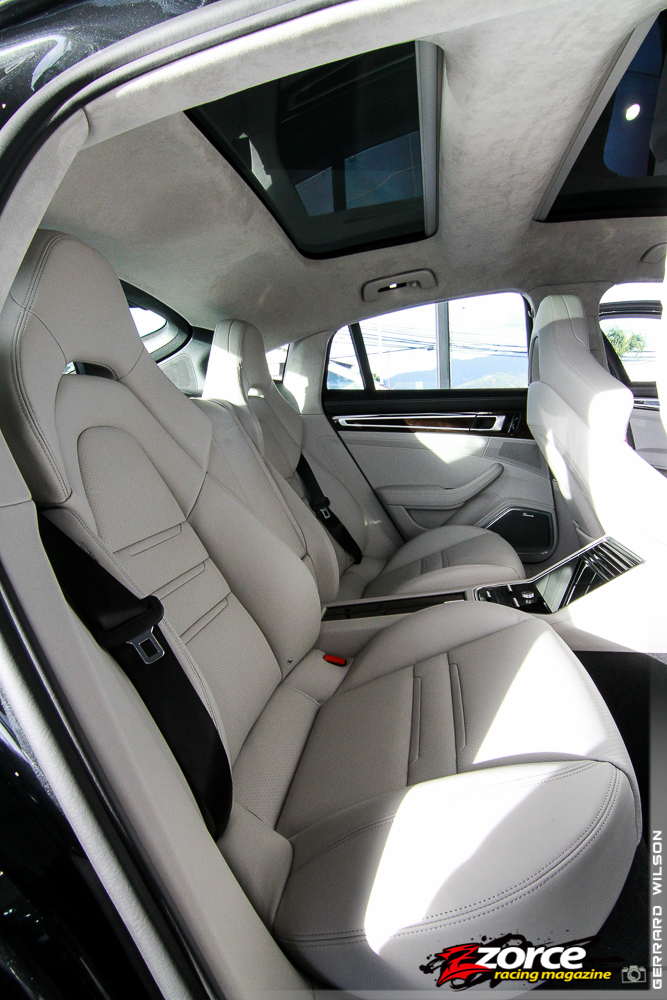 The Porsche Panamera is practical enough for everyday use with a 40:20:40 split of the folding rear bench backrests (495 to 1,304 liters of luggage capacity). Raising the comfort experience of the Panamera to an entirely new level are new equipment options such as the panoramic tilt roof, massage seats, ambient lighting and a 3D high-end sound system from Burmester.

Local pricing on the Porsche Panamera is expected to range from TT$1.8-2.9M, depending on the specific model, and additional features or specifications chosen.