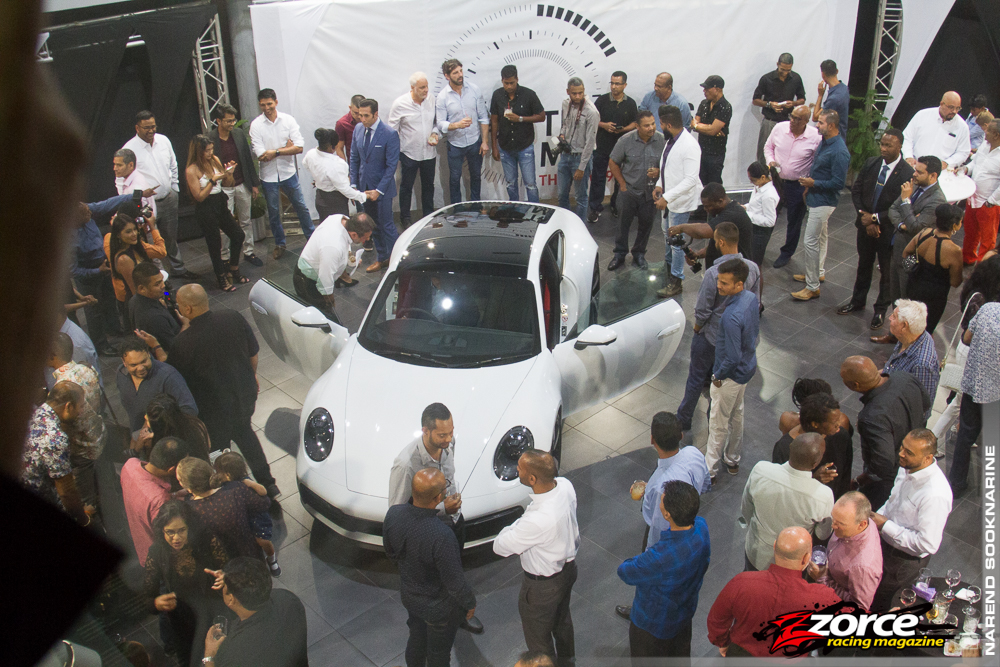 As I write this it’s eleven minutes past nine and I can’t help but smile. For as long as I can remember, the Porsche 911 has been on every car enthusiast’s radar. It became an icon of the modern world because for decades, it defined the Porsche brand and in many ways was the archetype of the term sports car. Lifestyle Motors unveiled the eighth generation Porsche 911 (992) at a well-attended launch event at their Barataria showroom in Trinidad & Tobago. 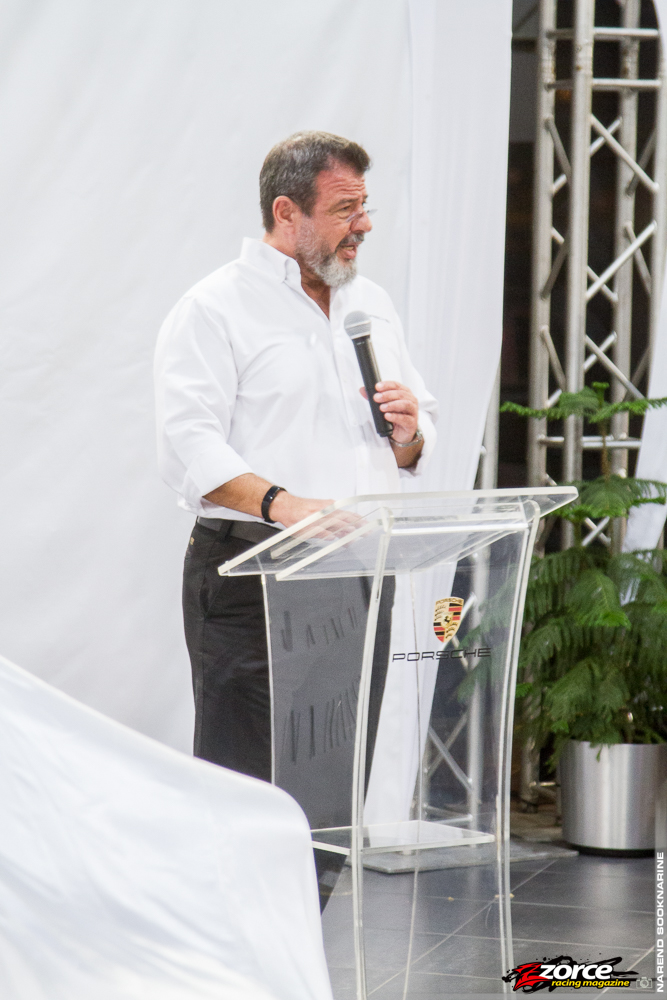 According to Oliver Blume, CEO of Porsche AG– “The 8th generation of the 911 is even more powerful, even more emotional, and even more efficient than its predecessor – and also offers extensive digital features. And in spite of all the innovations, the 911 is still just what it has always been: a pure sports car and the pulsing heart of Porsche: our icon.” While we can appreciate the Porsche boss’s sentiments, let’s find out what’s different about the newest sports car from Zuffenhausen, Stuttgart. 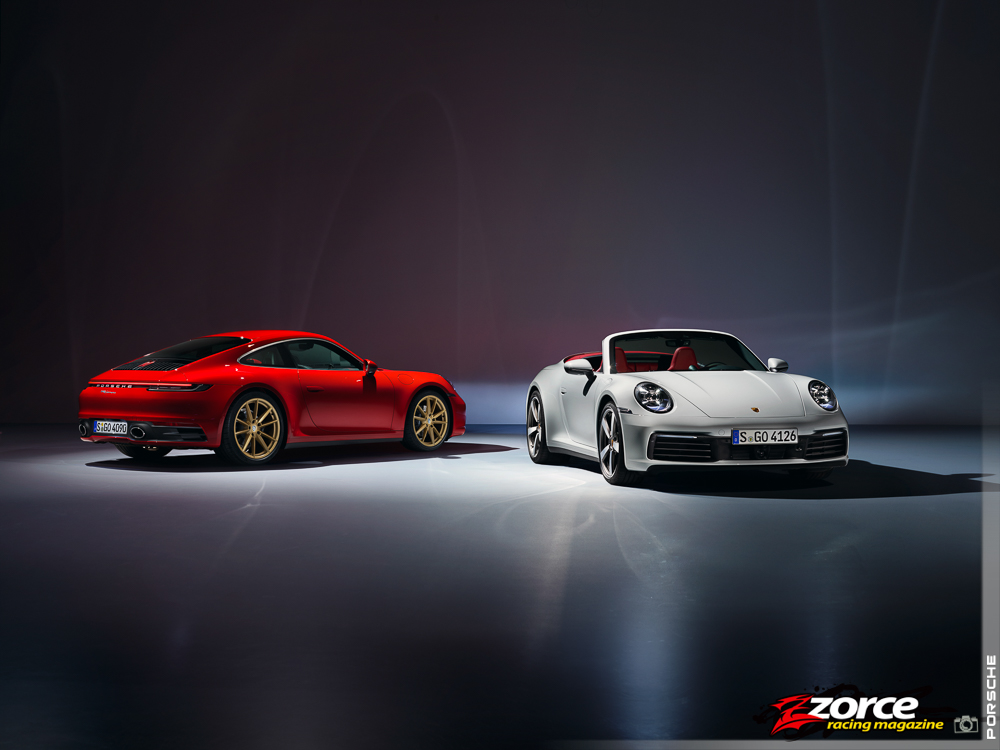 The baseline model, known as the 911 Carrera– Spanish for race or racing career and a reference to Porsche’s historic success in the Carrera Panamericana races was first introduced internationally as Coupé and Cabriolet variants for the eighth generation. 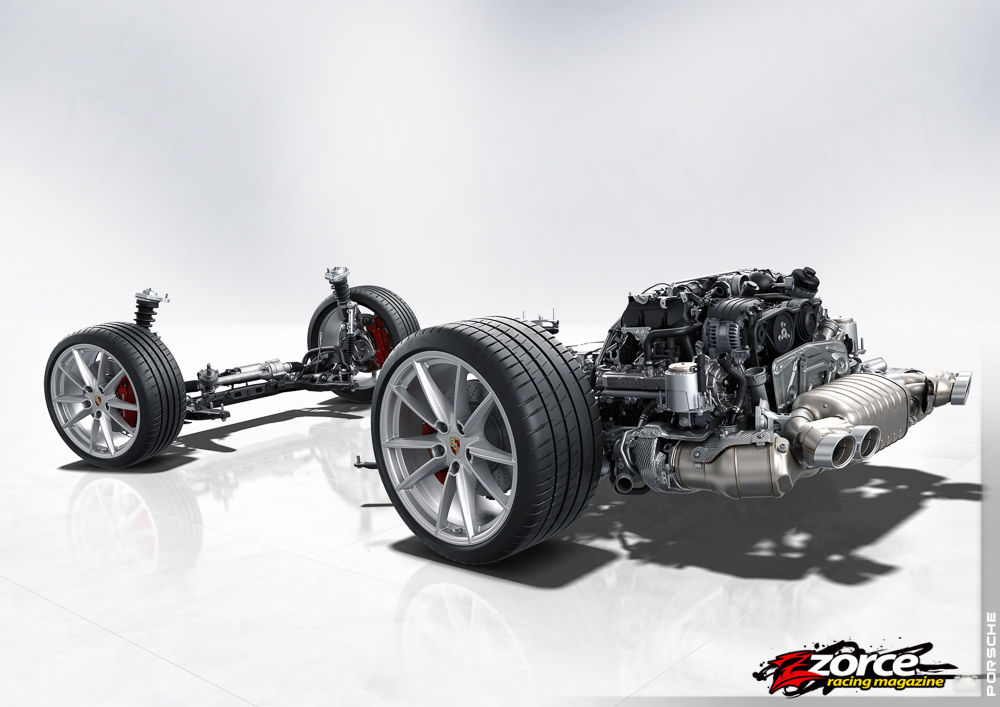 The Engines
Both Carrera variants feature the biturbo 3.0-litre, six-cylinder boxer engine with roughly 15hp more than the previous generation thanks to upgraded turbochargers. In standard Carrera trim the engine is tuned to [email protected] and 450Nm (332ft-lb) stretching all the way from 1950-5000rpm.

The car that was actually unveiled at the Lifestyle Motors event however was the Porsche 911 Carrera S model, which is an immediate step above the base model.

The S variant has a power increase to [email protected] (up by 30hp) via new piezo injectors, a more symmetrical layout for the new larger turbochargers and intercoolers. Torque is also up to 530Nm (up by 30Nm/22ft-lb) or 391ft-lb of torque spread from 2300-5000rpm. The redline for both the Carrera and Carrera S engines is set at 7500rpm. 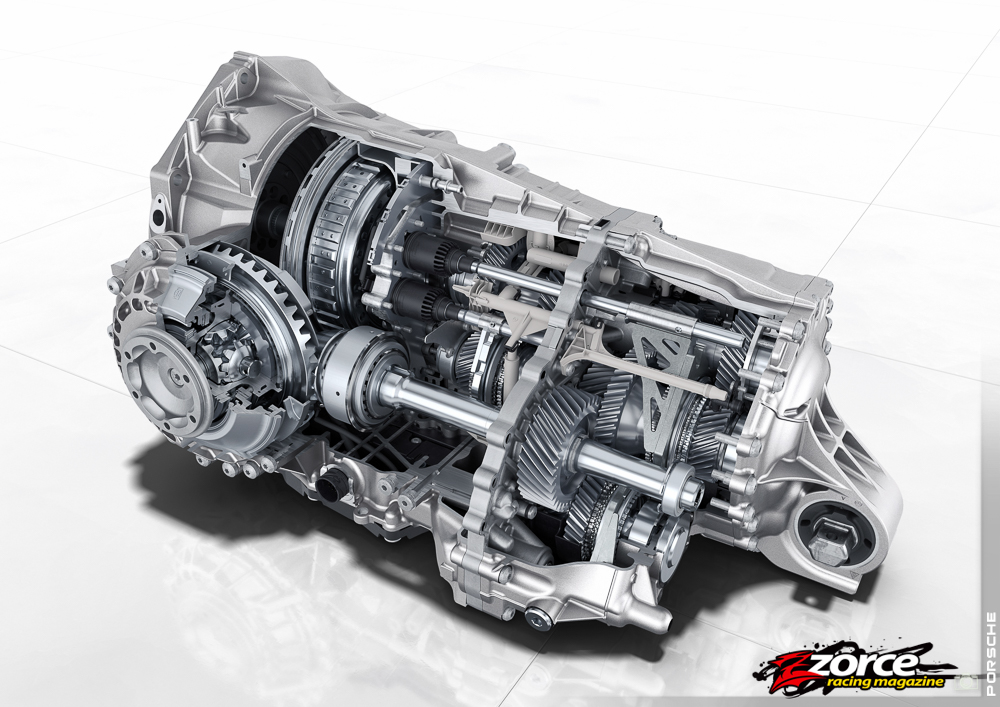 New 8-speed DCT/PDK
Power is fed into the new 8-speed dual clutch transmission (PDK) with paddle shifters for both Carrera and Carrera S variants. The new 911 Carrera Coupé is able to accelerate to 100km/h in just 4.2s and 4.0s with the Sport Chrono Package. Top speed is around 293km/h. Fuel economy is roughly 26.1mpg and slightly less on the convertible.

The Carrera S model is capable of a 308km/h top speed (306km/h for the AWD Carrera 4S). As far as 0-100km.h times go, the 911 Carrera S will do 3.7 seconds, while the Carrera 4S takes just 3.6, representing a 0.4 second improvement for both variants. And that’s before adding the Sport Chrono pack, which shaves the usual 0.2 seconds off the benchmark time in each case. Average fuel consumption on S models is also around 26mpg, with 98 RON fuel recommended to fill the 64L tank.

What’s New Inside
Inside the high-quality interior features a 10.9” touch screen with Apple CarPlay and a new updated and simplified PCM interface. The mostly-digital dashboard has drawn inspiration from the 1970s-era Porsche 911s. As per usual, the analog tachometer is placed centrally, flanked by two digital frameless displays, and in the case of our unveiled Carrera S, accented by a lovely matching red chronometer, as part of the Sport Chrono pack atop the dash. 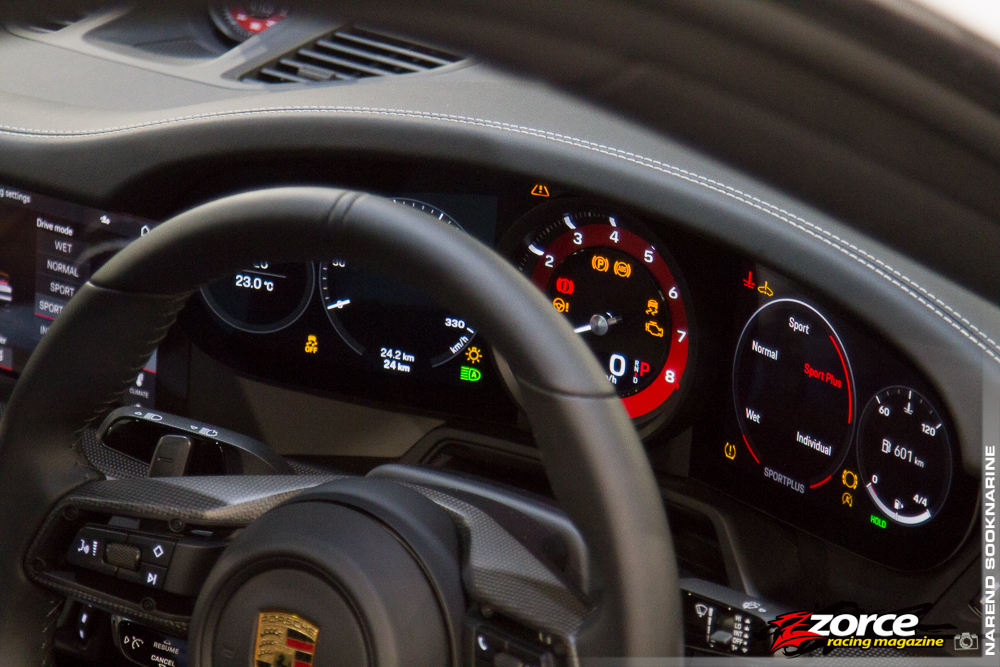 A compact switch unit with five buttons is located below the main touch screen for quick access to the most essential vehicle functions. The seats have also been modified to offer better lateral shoulder support and better overall comfort– all this while being roughly three kilos lighter and positioned 5mm lower.

Exterior Updates
All eighth generation models feature the wider bodywork of the existing 4WD models– 44mm wider at the rear, and 45mm wider at the front. The bonnet now extends further forward, with a distinctive recess near the windscreen.

Apart from the front and rear sections, the outer skin of the 911 is now made from aluminium. Apart from reducing weight, the new body is 5% stiffer in torsional rigidity. The body’s predominantly aluminium construction also meant that the local repair center and technicians also required specialised training. The Porsche 911’s drag coefficient is rated at a sleek 0.29.

The headlights now use LED technology. The mirrors have also been optimized for less wind noise and can be folded in electronically.

The rear spoiler is now wider and features variable positioning and a second auxiliary rear brake light. The rear end now features Porsche’s new signature– a seamless light bar and vertical louvers for the engine’s intakes, with integrated vertical format brake light. As a distinguishing feature, RWD models have black louvers, while AWD models have chrome elements integrated. Interestingly, the Porsche 911 is rated to carry up to 75kg on its roof when fitted with the Porsche roof transport system. 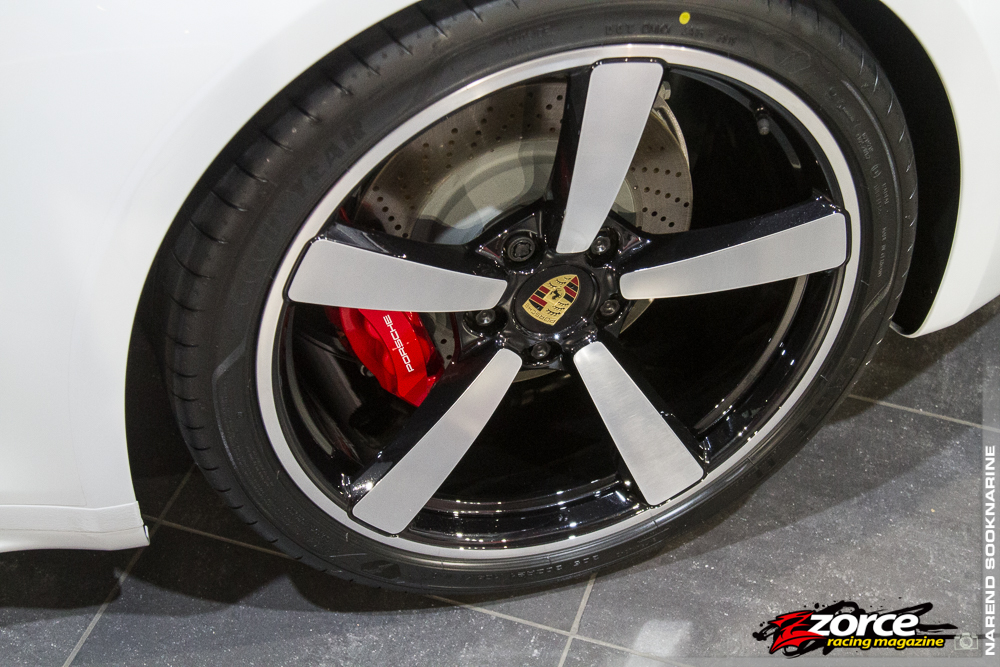 Step up to the Porsche 911 Carrera S and you get 245/35ZR 20-inch tyres at the front and 305/30ZR 21-inchers at the back. The brakes are also marginally larger at 350mm for both the front and rear with similar braking system features. Porsche Torque Vectoring Plus (PTV Plus) is now added, and includes electronic rear differential locking and fully variable torque distribution and PASM is also included. Rear axle steering (RAS) is optional on Carrera S models. 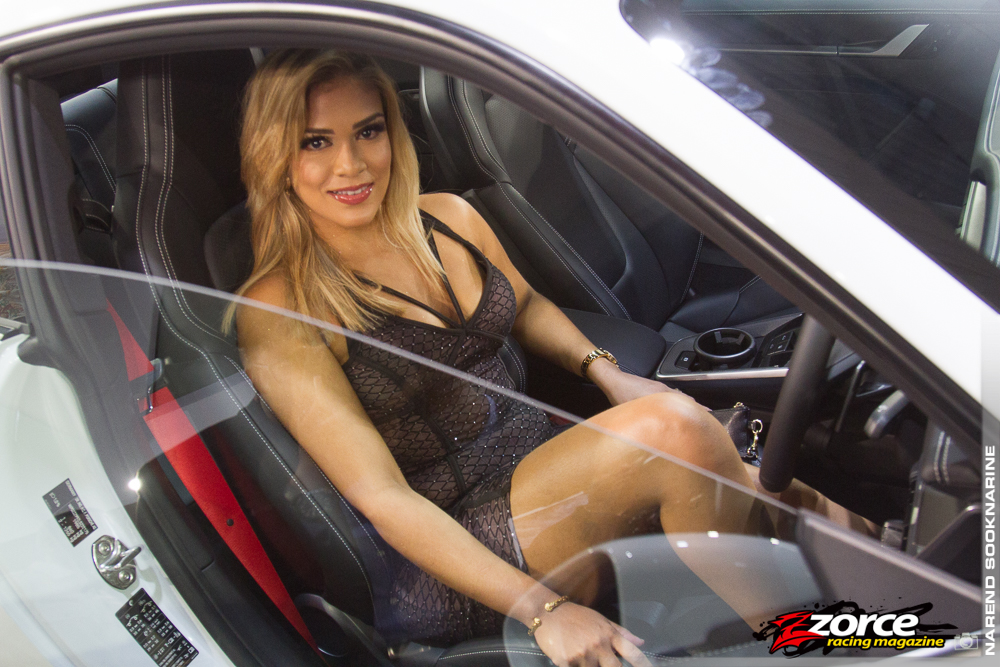 Innovative Technology and Safety
There are also many innovative assistance systems such as Porsche Wet– for wet road detection and safer wet handling settings. Wet mode can also be driver selected via the mode switch on the steering wheel. A camera-based warning and brake assist system detects the risk of imminent collision with other vehicles, pedestrians and cyclists and can initiate warnings or emergency braking if necessary.

Concluding Thoughts
As with every new 911, the changes are evolutionary and apart from the single unit shipped for the launch, the new Porsche 911 will officially be available in Latin America and the Caribbean in the second quarter of 2019. So if you’re looking for a car that, despite all the luxury and safety features, emphasizes the pure thrills of excellent handling and dominant performance, backed up by legendary German engineering– take a good look at the Porsche 911. With starting prices around TT$2.1M, it’s always going to be eleven minutes past nine– time to drive! 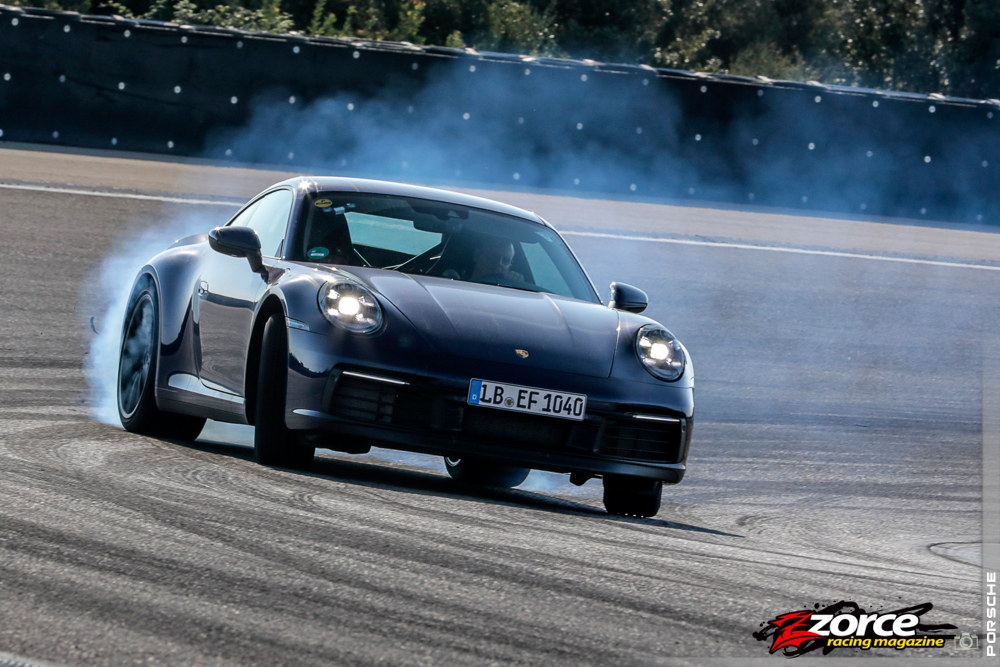 Porsche 911 Carrera S in a powerslide during track testing

Enjoy our photo galleries on the next few pages