Addressing a crowd of customers, staff, directors and other specially invited guests, Country Brand and Sales Manager - MINI, Celestee DaBreo reflected on the qualities of the MINI brand and its fans.

[Country Brand and Sales Manager - MINI, Celestee DaBreo demonstrates the use of the Wallbox charging unit on the fully electric MINI Cooper SE.]

She said, “The all-electric MINI is inspired by its roots, it is future-facing yet iconic, a true trailblazer, committed to standing out from the crowd. It is expressive, self-assured, energetic, inventive yet charmingly personable. The MINI Cooper SE is charged with passion, which simply means that they are powered by your energy, your thirst for adventure, your love for the thrill and your need to experience the iconic go-kart feeling that is quintessentially MINI.”

The air over the 37, Dundonald Street showroom was thick with excitement as host Jason “JW” Williams counted down from ten, and applause erupted as a garage door opened, and the MINI Cooper SE rolled out from behind a wall of fog, pyrotechnics blazing on either side.

...applause erupted as a garage door opened, and the MINI Cooper SE rolled out from behind a wall of fog, pyrotechnics blazing on either side.

After the grand reveal, DaBreo went over the MINI Cooper SE’s features, from the lower centre of gravity and the more aerodynamic build to the special design elements such as the signature yellow mirror caps and MINI electric logo over the vehicle’s charging port.

On the topic of charging, the model sports a lithium-ion battery operated system which gives 234km of total distance on a full charge.

...a lithium-ion battery operated system which gives 234km of total distance on a full charge.

The battery can be charged using a 110 kwh or 220 kwh household socket, and will reach full charge in twelve and six hours respectively. The MINI wallbox for at-home charging is included with the vehicle.

“It’s been amazing, most of our cars have gotten pre-booked, we have gotten calls from the time the exemptions would have been issued where electric and hybrid cars would have given full exemptions. It’s really been fielding calls, trying to get people in to see the models and then pre-booking so before cars have even landed they’ve been sold,” said DaBreo during the press conference prior to the official unveiling. Also speaking at the launch, Tiffany Martin, General Manager of the MINI Caribbean Hub, explained that the MINI Cooper SE is just one aspect of MINI's broader moves towards sustainability. More electric MINI models are expected to hit the market in the near future. 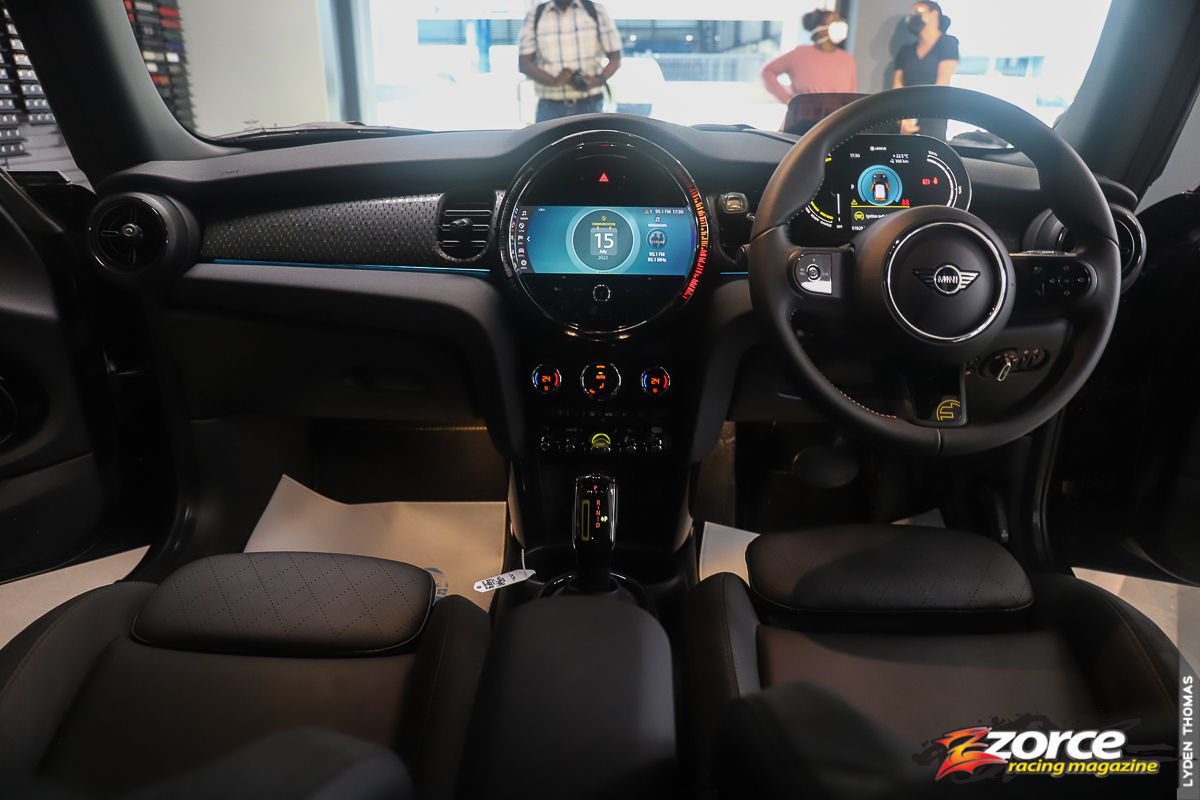 "MINI, as part of BMW Group, has taken multiple initiatives towards sustainability, including relying on 100 per cent recycled materials for thermoplastic components. We are constantly working on developing new plastic recyclates and bioplastics with particularly low carbon footprints."

MINI has committed to a goal of reducing CO2 emissions by more than 40 per cent over the life cycle of all products and transitioning the MINI brand to be fully electrified by the year 2030.

One of the main concerns that arise when considering electric vehicles is maintenance and upkeep. Master Tech at LAFAST Motors, Zakir Khan assured patrons that the company has achieved full certification, complete with a Master Technician with High Voltage Certification and a fully equipped workshop.

...the company has achieved full certification, complete with a Master Technician with High Voltage Certification and a fully equipped workshop. 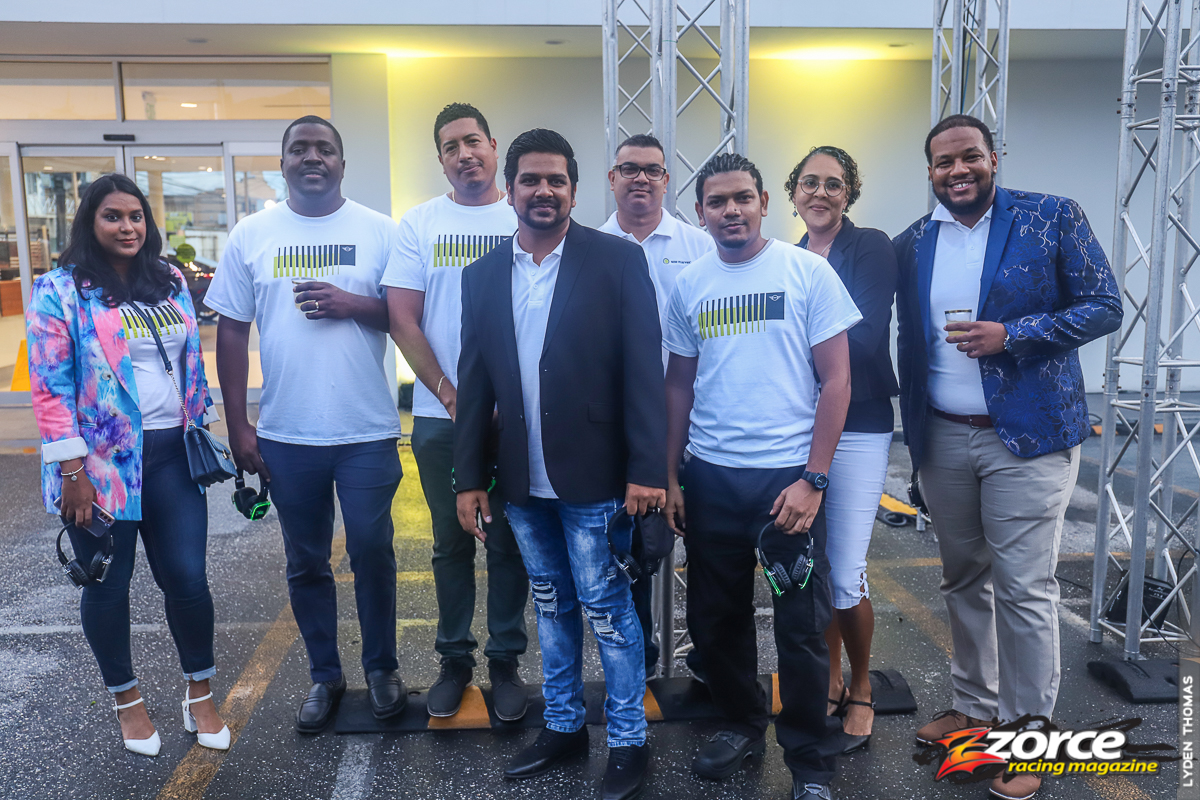 The LAFAST Motors' entire team of technicians are also being trained to be High Voltage Tech Certified by 2023.

General Manager of LAFAST Motors, JP Agostini and Director, Mark Laughlin, were also on hand to deliver remarks to the MINI aficionados gathered at the event. 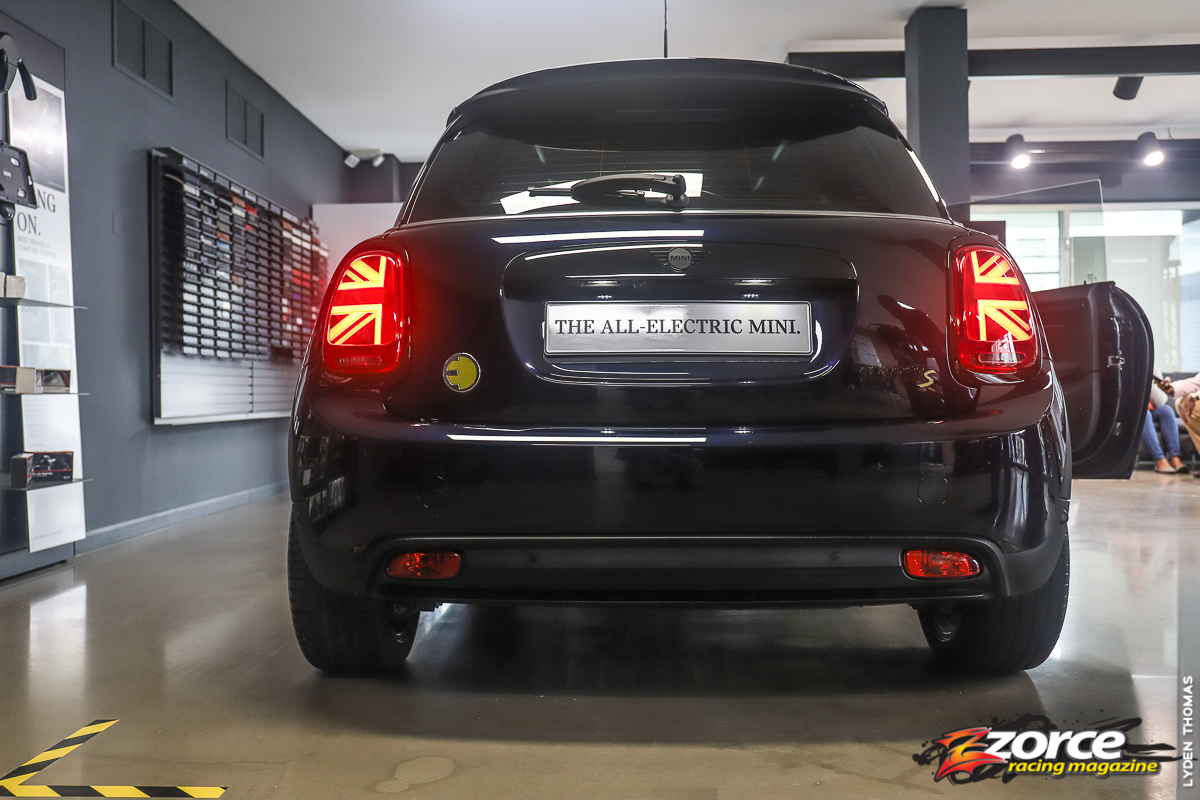 After the formal part of the evening, guests were able to interact with the MINI Cooper SE models on display, while being serenaded by the Bishop Anstey High School Choir.

In keeping with the theme of environmental consciousness, guests were invited to be a part of a silent disco - with all the evening’s audio and music being channelled through headphones, limiting noise pollution at the event.

Those interested in learning more about the MINI Cooper SE can visit the LAFAST Motors showroom at 37, Dundonald Street or call 678-MINI (6464).