Port of Spain. Porsche’s anniversary year is about to reach its high point: Today, Friday (June 8th) the sportscars manufactures celebrates 70 years of the first vehicle to bear the Porsche name. The festivities are not only reserved for Germany but for the entire world, including Trinidad & Tobago, where around 250 customers and brand enthusiasts will do a Porsche parade tomorrow, Saturday. The drivers would be meeting at Starbucks, in central Trinidad for breakfast from 8 am and start the drive at 9 am moving west to the main town area to end at the Porsche Centre Trinidad, in Barataria, where they will celebrate the 'World Sportscar Day' (#sportscartogether). Not only the cars are going to make an impact, but the Porsche Kids Driving school on the compound as well as a Movie area in the showroom. Porsche Service will also be present in the showroom with informational videos on performance to educate existing and future customers on the product. Join @porschecentretrinidad on social media, Facebook and Instagram, as we post more details on our Porsche Motorcade on the day and other festivities. 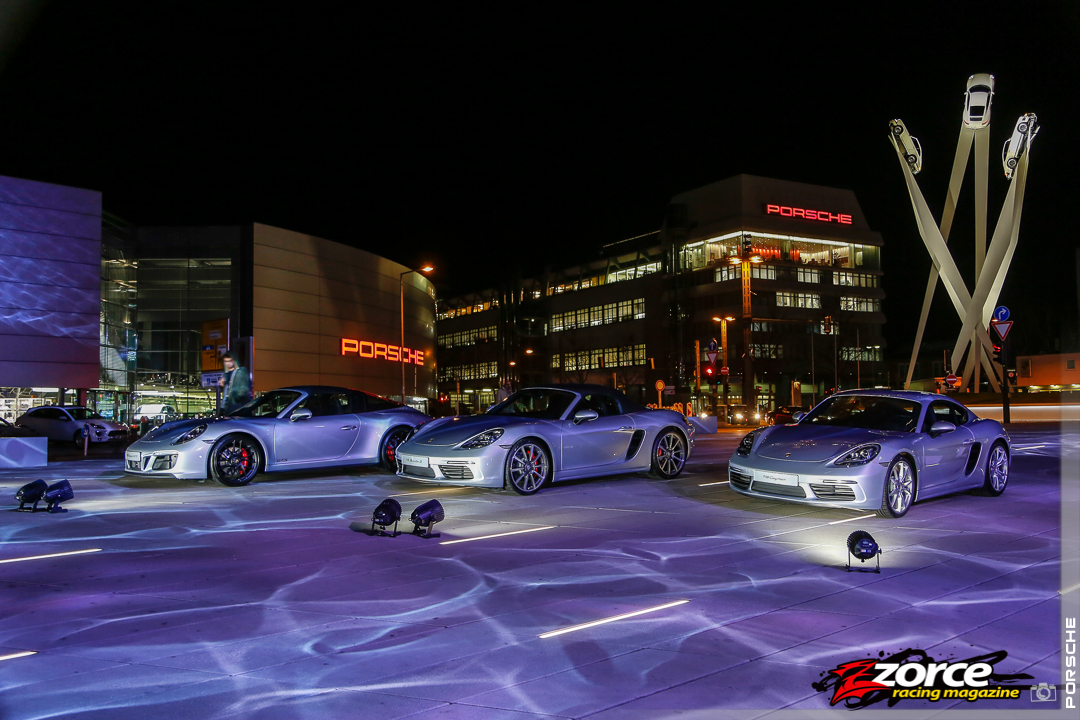 As Porsche commemorates its successes, let us take time to reflect on the pioneering principle that has guided the brand since 1948.

“In the beginning I looked around and could not find quite the car I dreamed of. So I decided to build it myself.” This famous quote by Ferdinand Anton Ernst – or Ferry Porsche for short – encompasses everything that the Porsche brand has been and continues to strive for. The values and vision that Ferry Porsche had for the brand on June 8th, 1948, the day the 356 ‘No 1’ Roadster was released, are still embodied in the company's vision today.

The history of the Porsche brand begins in 1948. Yet the foundation of the sports car manufacturer is built upon the life’s work of Professor Ferdinand Porsche – work that his son Ferry then continued. Ferdinand Porsche had already designed pioneering innovations for the automotive industry as early as the start of the last century. In 1900, he built an electric car with a wheel hub drive known as the Lohner-Porsche, a vehicle on which he would then base the world’s first all-wheel-drive passenger car. In the same year, he created a template for hybrid vehicles with the development of a mixed petrol-electric powertrain. In 1931, Ferdinand Porsche founded his own engineering office. The “Berlin-Rome Car” showcased in 1939 was the beginning of his idea for a sports car bearing the Porsche name, although this dream was only realized by his son Ferry in 1948 with the Type 356.

The successor model to the 356, the Porsche 911 designed by Ferry Porsche’s son Ferdinand Alexander, finally gave the company its breakthrough as one of the leading manufacturers of sports cars in the world, both from a technical and a design perspective. The Porsche 911, presented to the global public for the first time in 1963, has now been built over a million times.

The future of Porsche sports cars is already coming up to the starting line in the form of the new Taycan, the first purely electrically driven technology champion from Zuffenhausen. This vehicle combines the distinctive emotional design of a Porsche, exceptional driving performance and forward-thinking everyday functionality. The four-door model with four individual seats delivers a system performance of over 600 hp and a range of more than 500 km, acceleration from 0 to 100 km/h in less than 3.5 seconds and a charging time of around 15 minutes for 80 per cent of the electrical energy required.

17 years of Porsche in Trinidad and Tobago
On December 5th, 2005, Lifestyle Motors became the exclusive Porsche dealer in Trinidad and Tobago. The company delivered its first Porsche in 2004, a Cayenne, which is the most successful model in the local market. Since Porsche Trinidad opened its doors, over 400 cars have been delivered. Cayenne accounts for 50 per cent of the total market, while the Macan accounts for 36 per cent of the market share.

The demand for Porsche vehicles continues to increase and Riyad Ali, Brand Manager for Porsche Trinidad, credits teamwork and dedication to the fulfillment of Porsche's philosophy, for the success of the local arm thus far. He describes the Porsche as “a combination of brand, excitement, luxury and emotion.” Fast. Puristic. Emotive. “For the past 70 years, the Porsche brand has been synonymous with sports car construction at the very highest level,” he added.

Ali emphasized that driving pleasure is the core element of the Porsche brand. He asserted, “Every Porsche reflects the owner's panache and individuality. Porsche is about the experience, the sound, the thrill, and the exclusivity.”